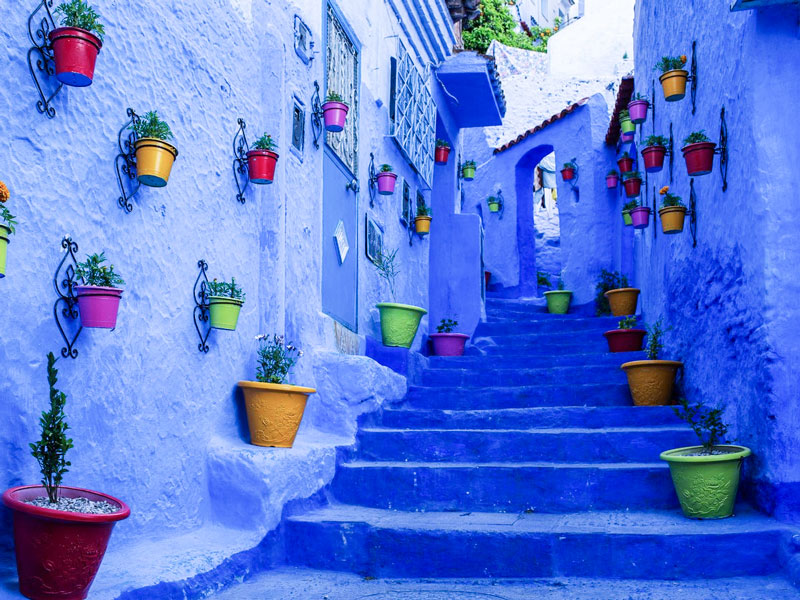 Depending on how to perceive beauty, the title of the most beautiful city in Morocco might be assigned to a different place. Morocco has many iconic towns that can be considered beautiful from an aesthetic point of view. But, as the poets say, beauty is in the eyes of the beholder.

From cities with exotic architecture to modern landmarks and towns with beautiful natural backgrounds, the beauty of Moroccan cities varies from one to the other. That’s why we can’t definitely call one city “the most beautiful Moroccan city” at the expense of the others without being too subjective.

So, in this article, we’ll explore some prominent cities that deserve the title of the most beautiful city in Morocco and let you pick the one you like the most. Let’s find out what’s the most beautiful Moroccan city according to your subjective point of view among these 6 cities.

Although this list doesn’t include famous Moroccan cities like Marrakech and Fez, it doesn’t mean they’re not beautiful cities. It’s only that those cities often get all the attention, and there’s no need to mention them also in this list. Besides, every trip to Morocco includes visiting Marrakech and Fez, so there is no need to mention them anyway.

So, here’s a subjective list of the most beautiful Moroccan cities:

Tell us by the end of your reading what is the most beautiful city in Morocco and why?

Dubbed the Blue City of Morocco, Chefchaouen is a peculiar city. Situated in the middle of the Rif Mountains, Chefchaouen stands out from far away with its blue shades.

Chefchaouen has a peculiar aesthetic quality that attracts artists, photographers, and filmmakers worldwide.

The blue-washed buildings of Chefchaouen bring a sense of peace to the surroundings. Founded in the 15th century, Chefchaouen preserves the charm of the architecture of the old times. Aside from the iconic landmarks, Chefchaouen is known for its flowerpots. People at Chefchaouen strictly keep their surroundings as beautiful as possible by decorating the blue-washed walls with plants in colorful pots.

Chefchaouen is definitely a city with a unique aesthetic that makes it one of the most beautiful cities in Morocco and Africa.

Situated on the northern edge of Morocco, Asilah shares many similarities with Chefchaouen regarding aesthetics; only white is the most dominant color in Asilah.

The Andalusian style of the city reminisces an ancient era in history when North Africa and the Iberian Peninsula were united under one culture. Asilah shares a lot of similarities with old Spanish coastal cities.

Featured as one of the main locations in many interesting scenes of Game of Thrones, Essaouira is definitely one of the most beautiful Moroccan cities to witness. This coastal landmark preserved the ancient history of the Portuguese Empire when it was at its prime.

Essaouira ramparts and the medina provide a beautiful background for visual artists who appreciate that kind of aesthetic.

Another notable characteristic of Essaouira is the richness of Jewish Heritage. Essaouira used to host an important number of Moroccan Jewish people before they migrated in the 60s. Many buildings still preserve that Jewish aesthetic of ancient Morocco.

The charm of Essaouira doesn’t only come from its buildings and natural beauty. Essaouira is actually an important artistic hub for many Moroccans and foreigners. Many notable artists like Jimi Hendrix stayed in Essaouira because it inspired them artistically.

One of the main events that add extra points to the scale of beauty in Essaouira is the Gnawa Festival which takes place every summer. During the festival, the whole city becomes a center for artists and art appreciators worldwide.

Ifrane is often referred to as the Switzerland of Morocco because it has a similar climate. With its European style of architecture and lifestyle, Ifrane stands out as one of the most unique Moroccan cities.