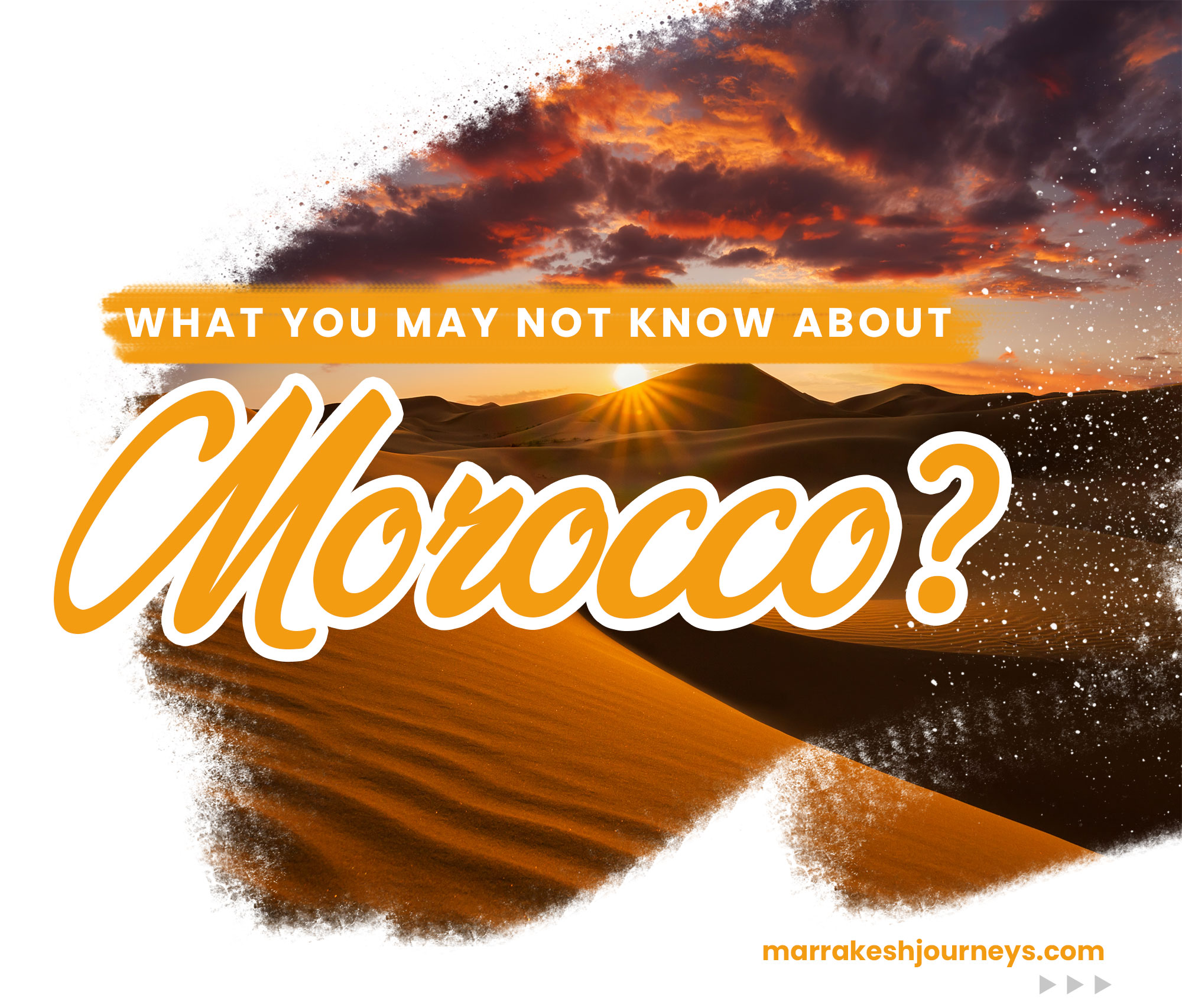 Facing the Atlantic Ocean to the west and the Mediterranean Sea to the north, Morocco has the longest coastline of the three Maghreb countries. There are 3,500 kilometers between the Atlantic Ocean and the Mediterranean Sea, and beaches almost as long as that, where you can relax and soak up the eternal sun. However, Morocco is also a mountainous country, with timeless snowfields contrasting with hundreds of kilometers of arid sandy desert. To visit Morocco is to discover this contrasting country.

Morocco, the gate of Europe for Africa

Morocco has long been the best strategical site between Europeans and Africans. During the Middle Ages, various dynasties founded cities such as Fez, Marrakesh, and Mogador. Until now, there are several Morocco heritage sites that represent the historical power of Morocco, such as the Kasbah and the Hassan Tower in Rabat. Be sure to see the remnants of its former glory. Morocco was a stubborn and strong warrior for the enemies and colonizers. As it’s known, Morocco was one of the most coveted countries in Africa and a battleground for Britain, Spain, and France In the 20th century, Morocco became a colony of France and Spain. Because of the great power of the Moroccans, they took their independence in 1956. Nowadays, Morocco become one of the developing countries and great power in North Africa, and also, a famous destination for tourists.

A country of rich landscapes

Morocco is a country of diversity and contrasts: the Sahara desert meets the Atlantic Ocean, and the Atlas mountains meet the large forests. You can stroll through the nature of Fez and Rif mountains or ski in the Atlas Mountains (it wears white in winter) near the palm groves of Marrakech. Also, you can stay relaxed in peace at the beaches of Essaouira or involve in the hustle and bustle of the medina in Marrakech or Fez.

When is the best time to visit Morocco?

That question is repeated and has one answer, Morocco has no specific time to visit! All the seasons are different and what you can do in summer you can’t do in winter and vice versa. Morocco has a Mediterranean climate, which is suitable for tourism all year round. So you can go at any time of the year; so, it’s all related to which time is perfect for you to visit Morocco. In the Agadir, for example, you can live in more than three seasons, it can be sunny and rains in the afternoon and get cold by night. Marrakech is beautiful all year round, but it’s known for its hot weather in summer. If you are camping in the region, it is best to avoid the summer months as the climate raises by 45%. One remark is that Morocco gets full of tourists in the summer which sometimes make difference in prices. For this reason, those who can afford it are advised to visit Morocco during the school period. But if you are the kind of person who likes the hustle and bustle, you can plan your visit during the school holiday period. However, it should be noted that Morocco is a hot country with many seaside resorts. So you can swim all year round.

Specialties and qualifications of Morocco?

Moroccan has several keywords that are signified the country and through which you can know Morocco without even mentioning it such as the Couscous. It originated in the Berber country and was traditionally eaten on Fridays, but now it can be served accordingly. You can order the Couscous in the restaurants or you can ask a Moroccan family to make it for you. Tajine also originated with the Berbers. Because it is cooked in an earthenware pot covered with a cone, and also uses as a served dish. It has different types of ingredients and is extremely varied, you can have a chicken Tagine, Fish Tajine, Beef Tajine, Vegetable Tajine, etc. Moroccan cuisine is rich and worldly famous. A lot of foreigners refer to Morocco as Marrakech, because it’s the first tourist destination in Morocco and one of the most visited cities in the whole world. It is called the Red City, so it’s normal to identify Morocco through the name Marrakech or the red city. The third symbol of Morocco is the blue city ‘Chefchoune’, one of the beautiful cities in Morocco, you will not find a single city in the world fully painted with only two colors: blue and white, and also known as the clean city. Morocco is one of the important countries producing fish and the first explorer of the Sardine (type of fish). Furthermore, Morocco is worldly the first producer of Phosphate. There are a lot of other things that cannot be seen only in Morocco and specialized the kingdom; however, they cannot be all mentioned in one or two articles. Of course, we can not forget the Moroccan tea that you will find wherever you go in Morocco, and your visit to Morocco is incomplete without tasting the mint tea.